MARY MAGDALENE,
THE WOMAN AT JESUS' SIDE 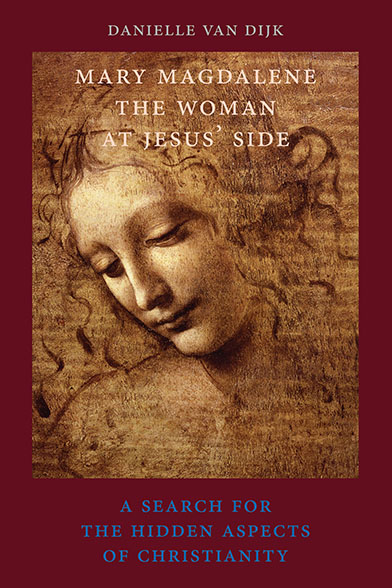 A Search for the Hidden Aspects of Christianity

Mother, virgin or prostitute: in Christianity we seem to have few other archetypes referring to womanhood. Is this justifiable? Was the concept of womanhood in early Christianity really that limited? Where is the woman who acts as equal and lover at the same time?

In this fascinating book Danielle van Dijk tells in a colourful and imaginative way the story of the woman who played a founding role at the outset of Christianity: Mary Magdalene. She was not only the 'apostle of the apostles', the woman to whom Christ entrusted the task to spread his message of love through the whole wide world, but she was much more than that. In the Nag Hammadi Manuscripts she is called the 'koinonos' (companion or wife) of the Lord.

Writing the book became a search through the history of art (there are about 150 beautiful photographs and illustrations) and through esotericism as can be found in the Nag Hammadi Manuscripts, in Anthroposophy and in other esoteric texts. Danielle van Dijk travelled to Israel, France, England, Italy and Spain to collect unique information about this woman. Many secrets about hidden Christianity will be revealed to the reader, such as the real history of the Gothic cathedrals, the origin of the routes to Compostela and the true story of Glastonbury. This book will inspire everybody who considers love and equivalence of paramount importance.

Danielle van Dijk MA (1953) has been studying esotericism for over thirty-five years. Anthroposophy and the Nag Hammadi Manuscripts are her most important sources of inspiration. She has been teaching at the Waldorf School (Secondary School, Stichtse Vrije School) in Zeist, the Netherlands, since 1975 where she teaches Dutch, (world) literature, philosophy and ethics. She is also a member of the management team of the school and gives lectures and workshops all over the Netherlands. Her first book was (In the Netherlands a second edition) Christ Consciousness; a Path of Inner Development, Temple Lodge Publishing, Forest Row 2010.